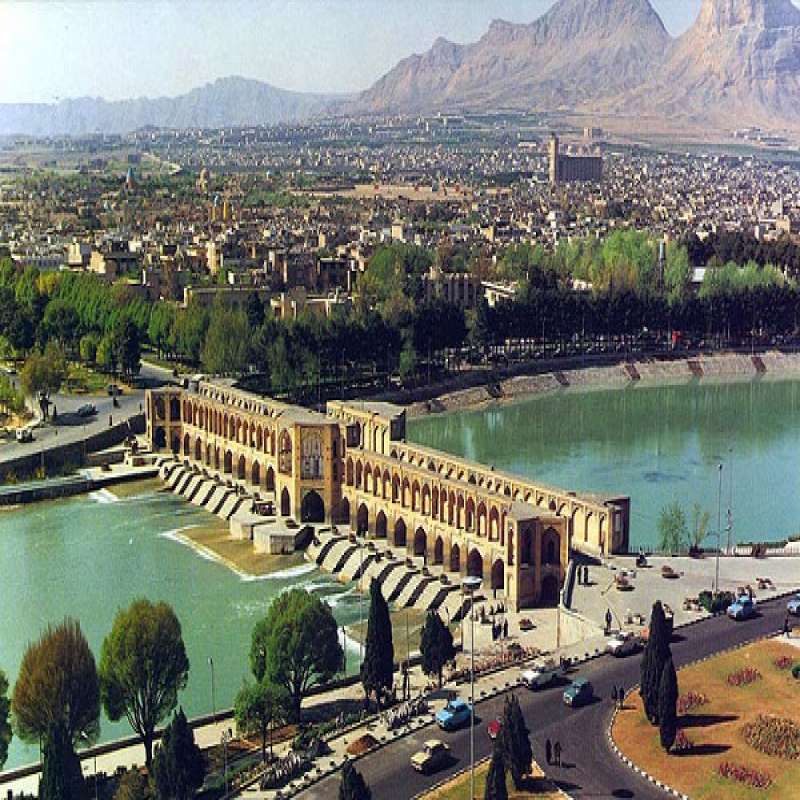 It is a private mosque constructed as part of the same royal project at the eastern side of the square. This mosque is not very large although its domed chamber is a sizable one. What makes it unique is the artistic and architectural styles applied to it

This is a six-storied building constructed by the order of Shah Abbas I, to be his residence and office. It is located on the western side of Imam Khomeini Square.

In mid 17th century, Shah Abbas II ordered a palace to be built for him outside the well-known Imam Square. It has got several columns and huge pool built in form of a mansion in the middle of a Persian Garden.

Built in the second half of 18th century, it is a beautiful palace in the middle of the royal gardens and close to the famous Chahar-Bagh street. The square plan of the building and miniature fresco has given a particular beauty to the building.

Jame Mosque: This is  a grand mosque originally built as a fire temple which converted to a mosque later. Throughout the history in several historical eras, a lot of annexations, restorations and redesign has happened at this mosque. The variety of brick works, tile works and mehrab stucco works in this compound are exemplary.

۳۳-Arch bridge was built in early17th century, it is still the longest brick-made bridge of city. Every travelers, who visits Esfahan, will certainly go to this bridge to enjoy walking on it to the other bank of the river.

Khaju bridge and water dam was built by Shah Abbas II (mid 17th century) and is considered the finest of its type in the entire province. There are two piers on which people can cross the river on foot and a parlor is erected in the center of it for the royal family to enjoy the scenery of the royal gardens and the river flowing eastward.

This is the oldest bridge of the city the original construction of which is said to date back to 14th century. It has been the connecting path from the southern bank to the northern one when travelers arrived in Esfahan and wanted  to enter the city.

This bridge was built in mid 17th century by Shah Abbas II to irrigate the royal gardens. The aqueduct was made on top of it for this purpose.

It is also known as Shaking Minarets. This monument was originally a mausoleum for a mystic figure of 14th century. Later in Safavid period a couple of minarets were added to the top of it making a unique building that resists against severe tremors. Once one minaret is pushed to be shaken, the other one also begins to shake.