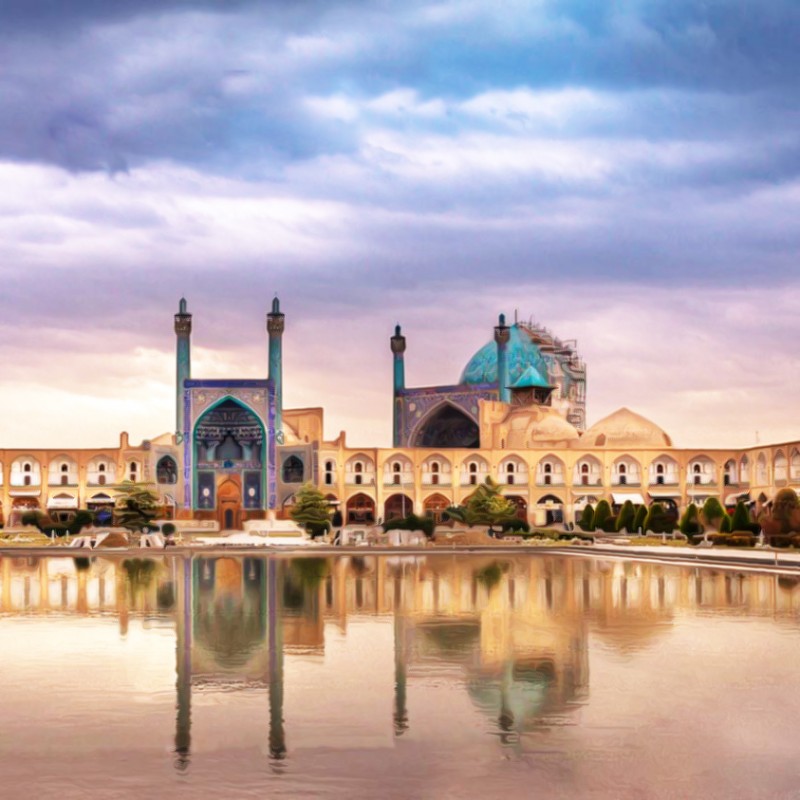 Naghshe Jahan Square in Isfahan is one of the most beautiful squares of the world with 507 meters length and 158 meters width which linked four unique monuments of the world like a chain: Sheikh Lotfollah Mosque, Imam Mosque, the market cap of Caesarea and Ali Qapu Palace.
Also, there are two hundred of two-story stores surrounding the Naghshe Jahan Square.

After choosing Isfahan as the capital in the Safavid era and expansion of the city, Naghshe Jahan Square was built instead of the small square which was remained from the Timurid era. When the Imam and Sheikh Lotfollah and market entrance of Caesarea were built, these 3 monuments were connected to each other with unified arches and at the end of the square and the end of the decorations, the floor was flatted by sand. From that time, Naghshe Jahan Square was used for competitions and games of the era, such as polo and pillory and the Sun and parades of the soldiers and armies were held at the same venue.

The square was alive and active during the construction of Naghshe Jahan Square and after that during the Safavid era, but during the time of King Soleimon and King Sultan Hussein, the attention to the square was gradually declined. During the reign of Shah Sultan Hussein, water streams gradually were stagnant and the last remaining trees planted by Shah Abbas were dried.
Master Mohammad Reza and Master Ali Akbar Isfahani are the names of the architects who designed and built the square and established it in an active form. The name of these two architect can be seen on the entrances around the square.

In the Qajar era, this square was neglected like the other historical monuments in Isfahan. Some parts of the square were destroyed during the chaos of Ashraf Afghan attack until establishing the Qajar rule. Some other parts were vanished including Naghare Khane mansion in the Qajar era. Since the reign of Reza Shah until today, repair of the building work is constantly evolving.

Carriage ride in Naghshe Jahan Square is one of the traditional occupations in Isfahan which is used for the displacement the tourists and foreign tourists and also the introduction of cultural and historical monuments.
Naghshe Jahan Square was registered in the national index on Monday, January 28, 1935. Also, this square is recorded in UNESCO Sites as one of the first Iranian World Heritage in May 1358. 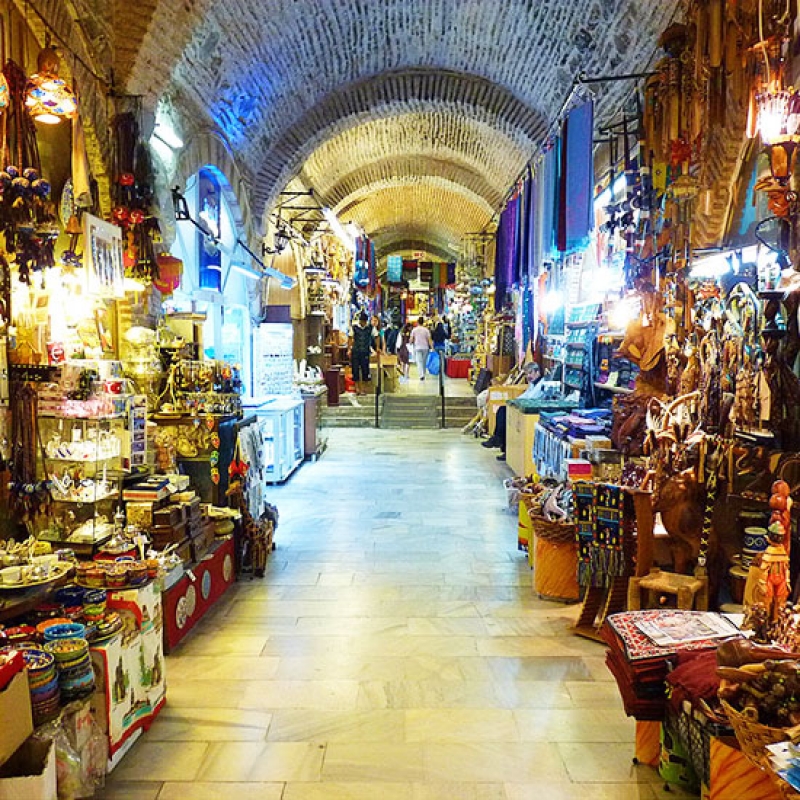 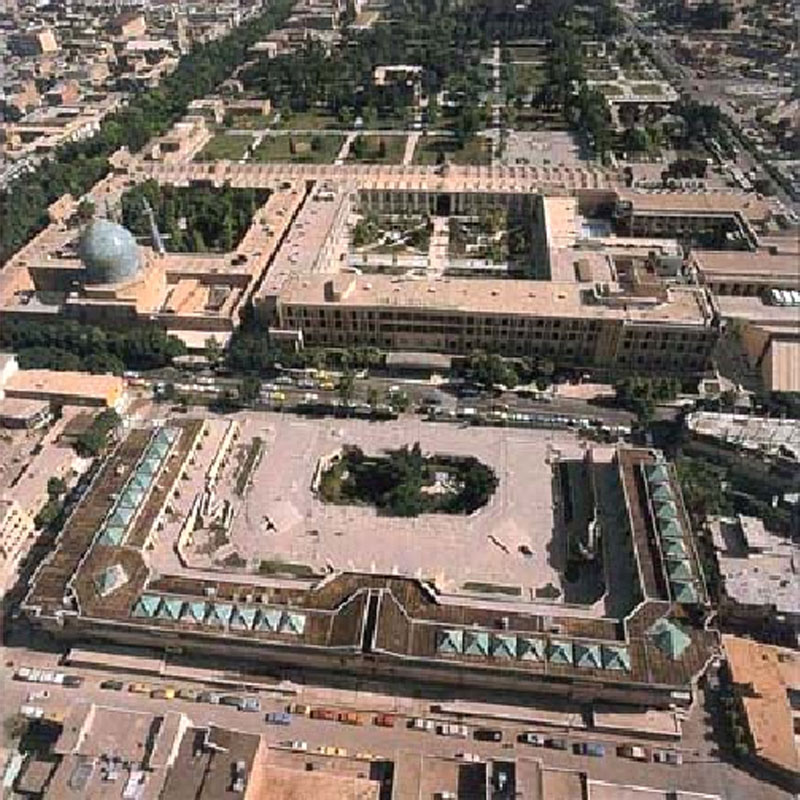 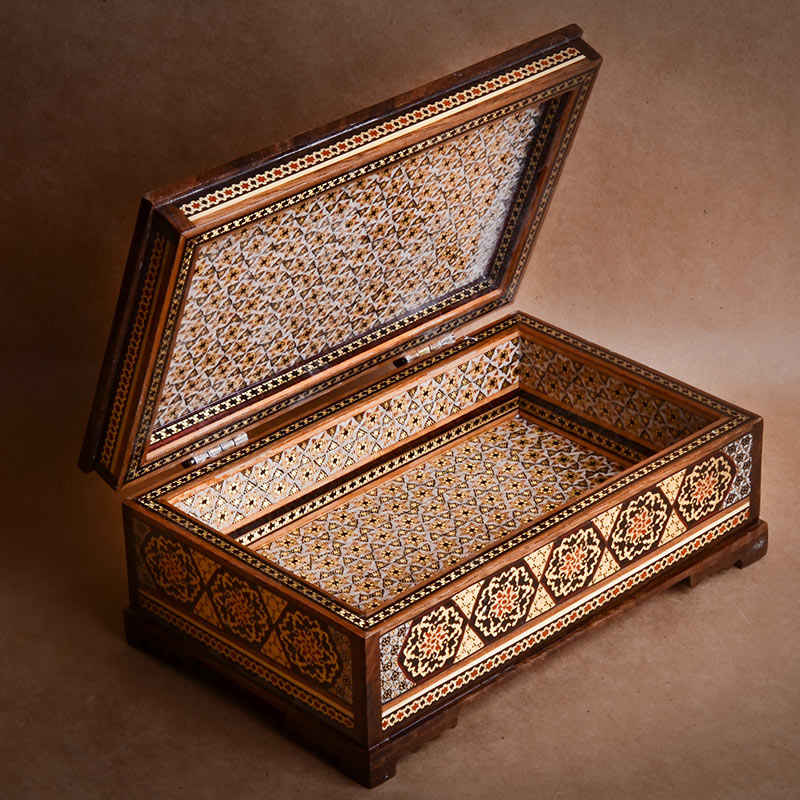